August 21, 2015 around 18:50 we heard a loud siren echoing through our street. Shortly after it stopped so it had to be close. Indeed. There was a fire a few houses down across the street. We went to take a look. On leaving we saw come out the flames all over the rooftops. No small fire but a violent one.

At the site of the disaster arrived were already many local residents in amazement watching the blaze. The neighbors were evacuated and everyone wondered whether victims had fallen. The ambulance stopped and was not driving away with sirens. To make a long story short. I immediately thought, damn, this can also happen to us.

I had read about Nest Protect. The new generation of smoke / fire detector. At that time I still thought why would I want to. The incident in the street rang a bell. The internet capabilities of the Nefit Easy we still find a nice addition. Monitoring and setting via the Internet through an app on your phone. It would be nice to also have smoke alarms that are capable do this. I knew they were not cheap but told myself that I want to be able to intervene as quickly as possible if there is a fire. We have fire insurance but most of the stuff that have emotional value we want to still like to quickly secure through rather to enable the emergency services.

We can therefore respond quickly to put ourselves in safety. What is a human life worth? Priceless. What are irreplaceable memories worth? Of course much less like a lifetime but not much less as priceless.

I have ordered several items from Cool Blue. At first I wanted to order directly through www.nest.com but there was no direct volume discount while at Cool Blue was a discount at 3+ items (see http://www.thermostaatstore.nl/product/613914/category-243901 /nest-protect-triple-pack.html).

The installation was a revelation. I myself may affix the label myself as not really useful. I had seen a movie istructie (see https://nest.com/support/#install-your-protect) which showed that you do not need to drill. My ‘Yeah’ moment because I’m not a handyman. Upon opening the box I saw the screws there. I installed my Nest Protect V2 in less than half an hour. Installing the app and mounting 🙂

From security point of view I’m bothered with something I think can’t be accepted in 2015. You cannot create multiple accounts in Nest and are not able to create family accounts. Their advice is literal “share your credentials”. This is really the worst security advice I’ve heard in years, from a Google company. Shocking… Checkout https://nest.com/support/article/What-s-a-Nest-Account-and-how-do-I-get-one

It’s not an issue sharing information with your family but this is not acceptable in a multi-user world. 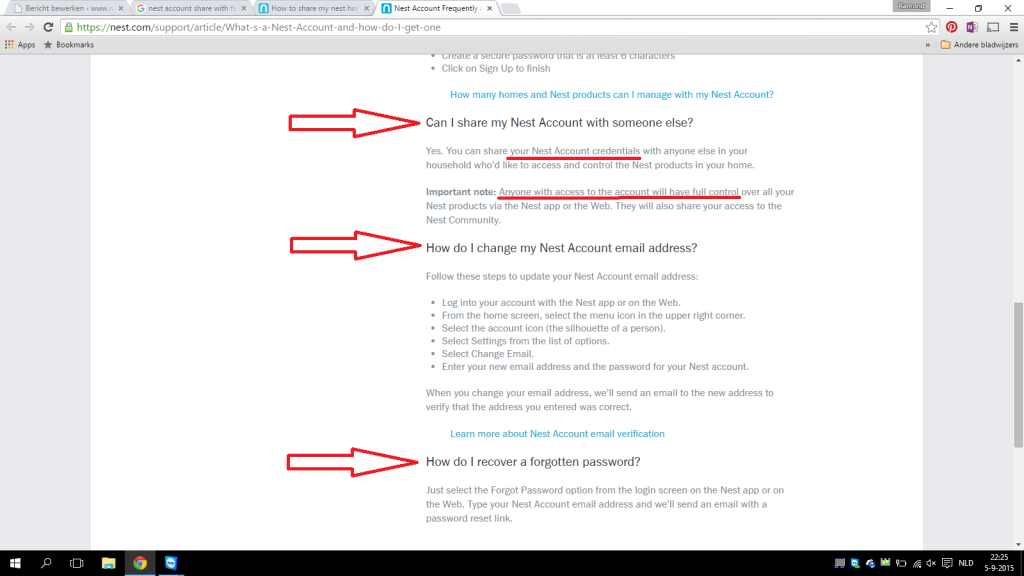 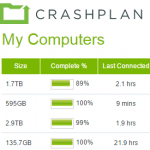 Free does not exist

This saying we all know very well. Would this also count for software? I would say:”What you think?”. Is there any free software in 2014? A good question. A lot is free nowadays, people say. I would say it in a different way : ”It appears free”. Yes, but you don’t have to pay for the free applications like Facebook, Twitter or WhatsApp. You have to think a little bit and connect the dots. Why should this companies have a value of billions if their assets were free? There has to be something of value in this. That value is given by you to them. If you as company wants to know how many groceries are active in the city you can contact the chamber of commerce and buy this list. Do you want a list of more personal information you can easily use Facebook. You, as Facebook user, fill in all the information. This information has a value in money, companies have to pay for it. I’m not bothered with this. I think before I post on the internet, what I share and what I don’t. Behaving paranoia is not necessary. What amazes me is that people complain about companies like Facebook and Google but they trash their computer by ignoring all alarm bells. Companies like Facebook, Google or twitter have to be compliant to privacy laws. Here comes the catch. You think that illegal version of Office, or even worse, your antivirus program you downloaded is free? You are wrong. The commercial companies nowadays have to comply to privacy laws. More and more illegal software contain malware, which is wrong software, which puts your system vulnerable. A so called crack has opened a back door. Those criminals gained now access to your data on your device. A lot of people will say but I do have protection on my device installed. I see a lot of people disable UAC (User Access Control) because it’s annoying during working, it’s not, leave it enabled. I have to remind you that you start the installation of this program and neglected all warnings. You are the boss of your smartphone or computer so if you let the program change your settings it’s not the fault of Microsoft or the antivirus program company. Office 365 Premium costs around 99 euros per year. You can install Office on 5 computers (Windows and Apple Mac) and 5 mobile devices.

Crashes and data loss does not have a value of 99 euros for you? For companies but also private users I advice since I’m active in ICT to use legal software. Vulnerabilities are released more often the last years. These are becoming more complex and difficult to trace and detect. It’s important to be secure by doing the correct things during the basic usage. Stay away from strange websites and don’t install software from unknown sources. Stability and safety starts with yourself. I advice to follow the steps if you have illegal software on your device:

I hear a lot of people say they don’t have anything important on their device.

A good ICT professional will always promote legal software. UPDATE: I got a lot of reactions via Facebook and Whatsapp. Here are some additions: