Soon the app will not be available any more in the app store. This was a proof of concept, to show an app can be approved in the app store within 2 weeks. Download here the zip with original IPA : BMICalculator

Friday 2 december I had an idea for creating an app for the iPhone because a customer asked me a question which triggered this idea. I wanted to know how fast I was able to create an app for the iPhone. How long would it take from idea till the app was available in the Apple iTunes App Store. Today I got the answer : it took me 9 days. Today, 13 december, Apple approved the app. 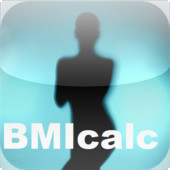 I created the app in English, Spanish, German and Dutch. It’s a free app. Income has to come from the advertisements.

Lot’s of fun with it!

On the 14th of september Windows 8 Developer Edition was downloadable for the public via Microsoft. With this test version Microsoft takes a new approach. They want that as much as possible people test this version. It’s not necessary anymore to register or activate this software. Everyone is able to download this for free.

What immediately draws the attention is the new Metro UI. A Windows Phone alike structure. Easy for touchscreens and other future features. A lot of expectations of this. I found it a bit strange to use but I think it has indeed a lot of potential.

In Windows 8 they integrated also XBOX Live. Games of XBOX Live can be played from your Windows 8.

I also noticed little changes regarding file management. Copying from multiple destinations is better organised. You have better control over all the processes. Very well done, handy.

I also noticed that Windows 8 was very responsive. Starting my old notebook was really quick. A nice surprise. They gained a lot of speed from the Plug and Play section. Smart done.

Nice feature was that I was installing a program and it notified me automatically it was dependant of .NET 3.5.1. and was trying to install it from Windows Update. This wasn’t working on my version. I think maybe because I was in a domain with WSUS. Downloading and starting manually Windows Update didn’t work either. Maybe this is not available yet. The principle of this is well done. I like it.

I installed Windows 8 on VMWare Workstation 8 because the previous VMWare didn’t support installation of Windows 8. The system requirements of Windows 8 are the same as Windows 7.

Here is a video of my installation of  Windows 8 Developer Edition on VMWare workstation 8 : 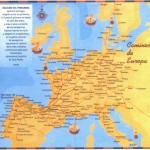