The year 2015 has almost come to it’s end. We are not going to look back, let’s look into the future.

I’m the most excited about the release of the Rift from Oculus. Finally VR in our own mancave. A virtual lap on the circuit, a wilde ride on a rollercoaster, playing in an epic story, getting scared in a horror tale, floating over someones Facebook timeline. It will all be possible. Expecting Q1 2016. See Oculus sends SDK 1.0 out

I think we will see the first Graphic cards which support full feature DirectX 12 introduced begin 2016. VR and DX12 are the reasons in 2016 to upgrade your GPU. 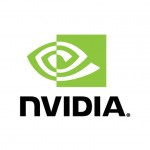 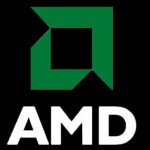 AMD has the Dual Fiji ‘Gemini’ postponed to 2016, with the reason VR, read it here http://anandtech.com/show/9874/amd-dual-fiji-gemini-video-card-delayed-to-2016

The movie Star Trek Beyond will be released in 2016. The year Star Trek has it’s 50th anniversary. CBS announced that in 2017 a new TV Series around Star Trek will be released, checkout http://www.cbs.com/shows/star-trek-series/.

Red Dwarf comes back… even twice 🙂

Nice year of SciFi: new Star Trek movie and Red Dwarf 🙂 2015 gave us Star Wars again which was a very entertaining movie which will get blasted away in 2016 by Rogue One: A Star Wars Story (14 december 2016).

Jeremy Clarkson will return on screen, this time it is not on our TV screen but on Amazon Prime. Will 2016 become the year Amazon will be at last available in the Netherlands? I don’t see any clues it will.

Samsung will ship the Samsung Galaxy S7 in 2016. Different rumours are already published but I think we can take a big bet on one feature. The new flagship from Samsung will run Android 6.x. Android 6 will get a special feature for the Edge screen, see http://www.gsmarena.com/android_601_promises_a_major_usability_update_for_samsungs_edge_devices-news-15744.php.